Virtual Photobooth for the Porsche Museum

The Porsche Museum in Stuttgart with its exhibition of over 500 vehicles has been a magnet for visitors since January 2009. Since opening, the museum has welcomed over 5 million guests from all over the world. The building, designed by architect Delugan Meiss, is supported by three V-shaped columns and reflects the company’s philosophy: daring, decisive and dynamic. But Porsche also wants to be approachable and be accessible to its visitors. To achieve this goal, a solution was sought that integrates virtual or augmented reality, allowing visitors to interact with the vehicles and enjoy an unforgettable customer experience. 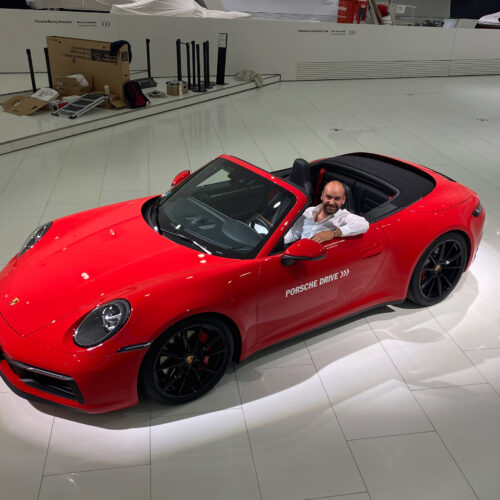 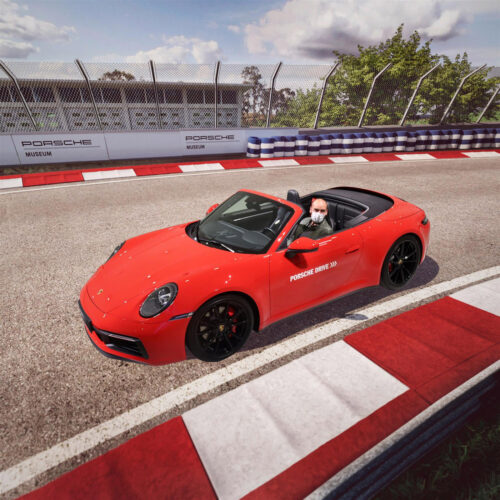 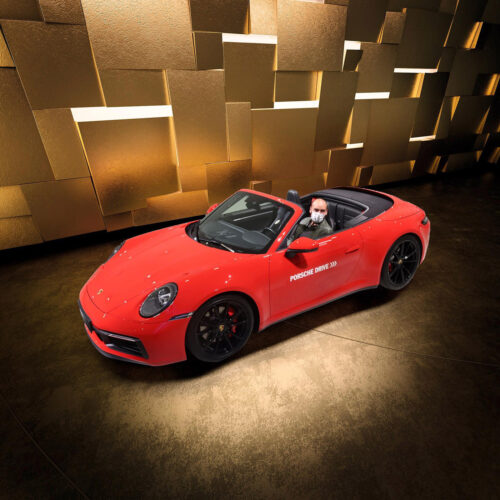 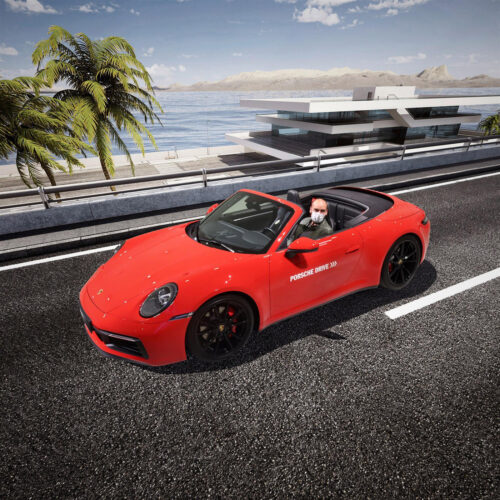 At the newly installed selfie point, visitors can currently sit in a Porsche 911. Thanks to a wireless camera in the vehicle and a preview display, they can take a picture of themselves with an SLR camera that has been built into the architecture of the museum. However, the final product no longer shows the car in its museum surroundings, but places the car with its “driver” in a virtual world of images that can be both chosen and changed as the customer desires. This photo, in which the customer drives through mountainous landscapes or urban cityscapes in the 911 can then either be shared on social media or printed out directly.  The QR code on the admission ticket generates a unique user identification which gives the user access to further stations where the image can be edited again. This new digital customer experience “Virtual Photobooth“ was designed and implemented by the Porsche Museum in cooperation with Meyle+Müller and medialesson.

“The museum told us that they wanted to ‘create a shared experience and bring an exclusive luxury good closer to the customer’”, remembers Pablo Kern, General Manager of the media and IT service provider Meyle+Müller. Porsche had already worked with medialesson and Meyle+Müller in a preliminary project for mixed reality experiences for its design department. The quality delivered here helped medialesson become a highly coveted Mixed Reality Partner for Microsoft, one of the first partners ever in the German-speaking world. The Microsoft HoloLens (MR glasses) were used to display optional components absent from the physical model virtually, components which previously could only be shown in real life at great expense and effort. This led to the creation of a new experience with mixed reality application that would meet the exacting standards that the Porsche brand places on itself.

“Modern technology, innovation, constant progress, tangible – all of these objectives form integral aspects of the solution,” says Kern. “As specialists in digital storytelling, we identified a selection of use cases for interactive, virtual exhibits for the Porsche Museum during the conception phase,” says Philipp Bauknecht, founder and CEO of medialesson. The Porsche Museum selected the Virtual Photobooth from a list of fifty ideas that were discussed between Meyle+Müller, medialesson and the project responsible for exhibition management. 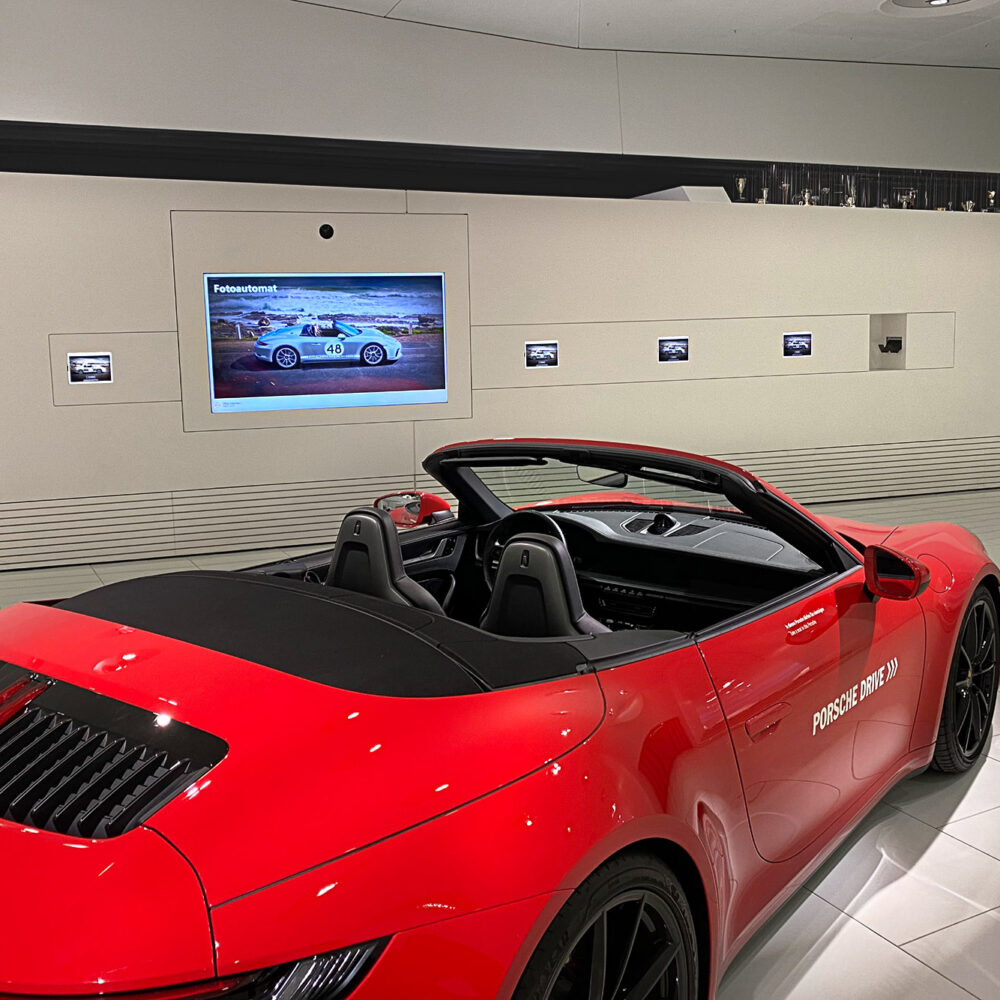 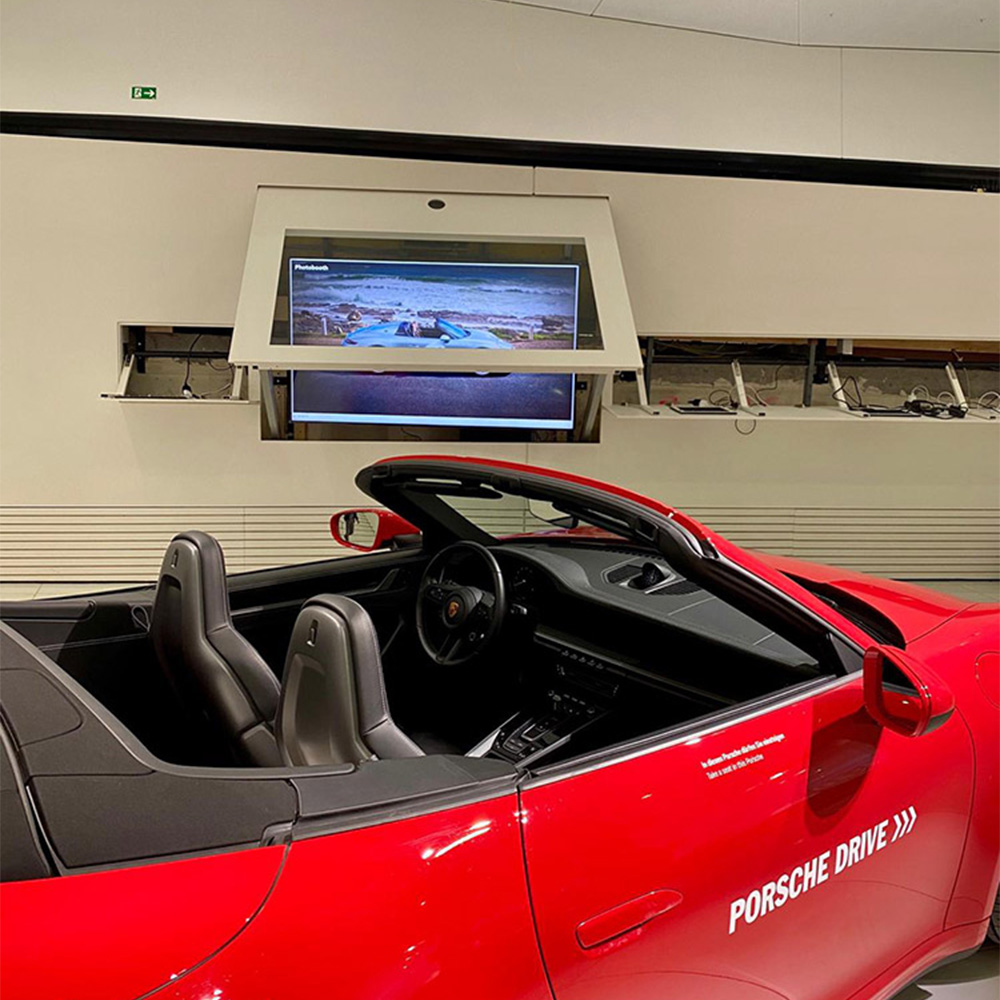 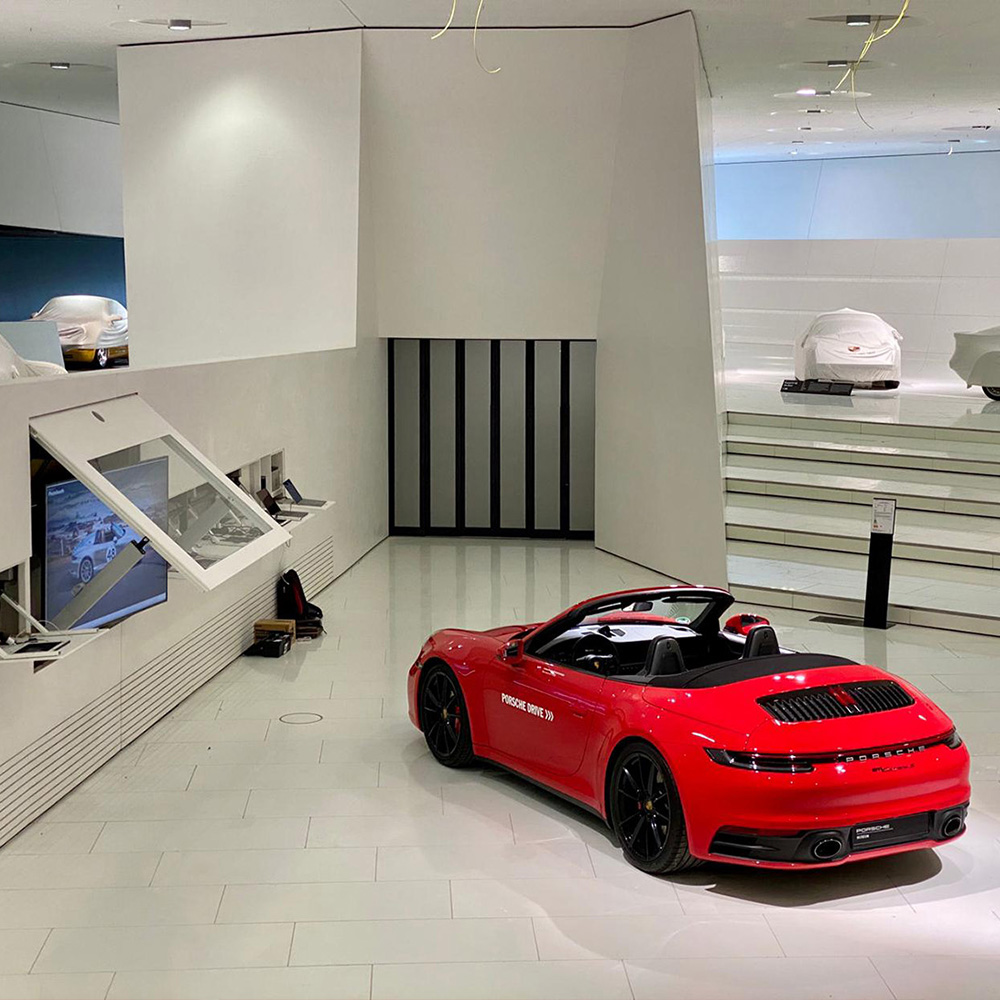 Even though the visitor only sees the installation which consists of four kiosk stations with touchscreens, an SLR camera and a large preview screen, there is a significant and highly complex technical effort running in the background. Thanks to artificial intelligence, a high-performance computer quickly processes the images of the visitors in the vehicle and places them on stationary backgrounds or in virtual worlds specially created and adapted by the Meyle+Müller subsidiary [zerone] for this experience. The need as defined in the concept of replacing the background around the vehicle without using a green screen proved to be a challenge.  This takes place during normal museum operation irrespective of any random input by visitors in the surrounding area. For the realization of the image, the lighting was adapted so that the car, the museum environment and virtual picture worlds have coordinated lighting levels.

Future expansion of this service is conceivable and the Photobooth could also be used at other locations, such as trade fairs or showrooms. This new mixed reality crowd puller does exactly what today’s visitors and customers expect: they want a shareable experience that arouses emotions and brings them even closer to the brand.